Peter Benedek was born in 1947 in Klausenburg (Kolozsvár), Transylvania in today´s Romania. In 1963 he came to Munich.

After his apprenticeship at the Violin-Maker-School in Mittenwald (1964 – 1967) he successfully completed his journeyman exam in 1967. Up to 1971 he then worked with Jürgen Johann Schröder in Frankfurt.

After completing a half-year master course at the Violin-Maker-School in Mittenwald, he passed his master exam under Konrad Leonhardt. After having worked in London with Derek M. Kessler at E. Withers Ltd., he opened his own business in Munich in 1972 at “Am Platzl 3”, just opposite the Hofbräuhaus. In 1982 he finally moved to the present location at Petersplatz.

Besides repairs and restorations for customer instruments, new instruments and bows are manufactured here as well, following the design and technique of old models.

In 1997 Peter Benedek wrote a comprehensive book about the Hungarian violin makers, after having organized an exhibition and symposium about this topic in the Munich City Museum.

In April 2012 he celebrated his 40 year business jubilee. 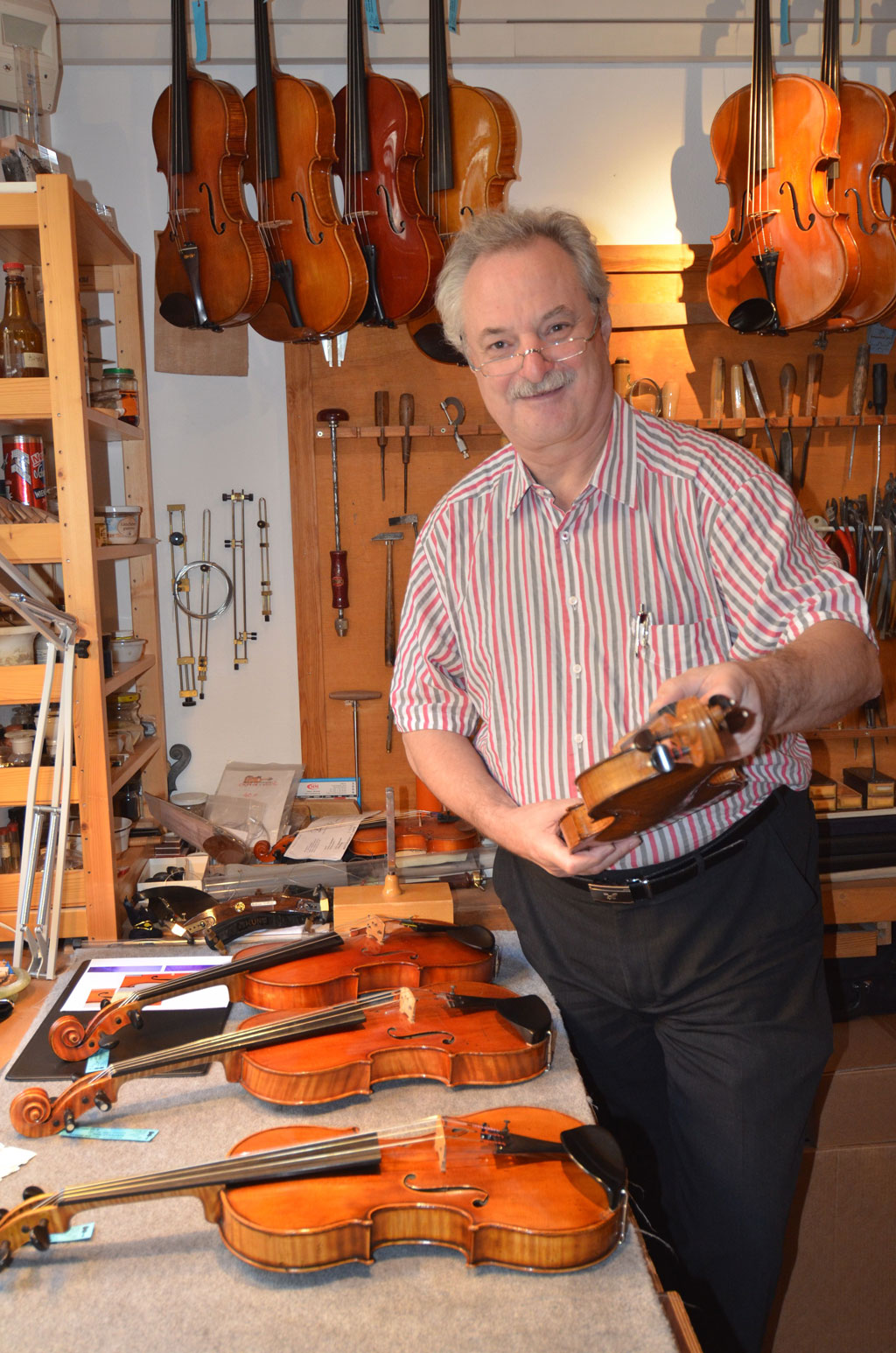 You can reach us: